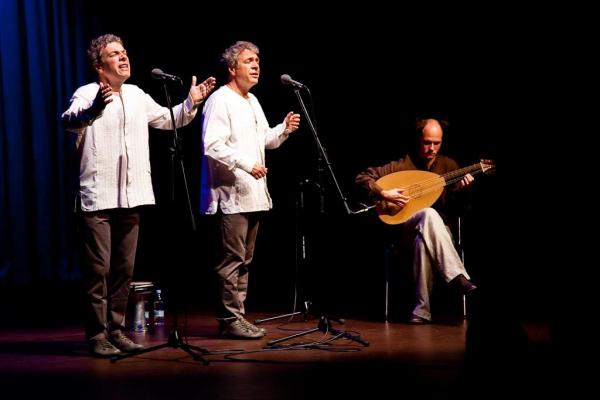 The sixth edition of the festival, which is organised in cooperation with well-established festivals Musica Cortese from Italy and Dvigrad from Croatian Istria, is here. In the previous years, the concerts filled up various art and historical scenes and have been receiving a positive response from the public and the media from the very beginning. The creator and art director of the festival is Bor Zuljan, a young guitar and lute player from Nova Gorica, who studied at the Conservatory of Geneva and currently performs and teaches both in Switzerland and Slovenia. His contacts with young musicians from all over the world as well as encounters with innovative interpretations of early music in various European festivals enabled him to outline programmes which are not out-of-date, but are in line with modern musical approaches.

The opening concert features two young virtuosos on sitar, Rohan Dasgupta and Deepshankar Bhattacharjee, with whom the journey begins in India. The Italian music project Musa Indiana also draws inspiration from this country and brings about an unusual combination of instruments with harpsichord player Paola Erdas, lute player Fabio Accurso and tabla player Shyamal Maitra. Experiments with unconventional mixes of old and modern instruments as well as early and contemporary music continues with the Juhart-Lazar-Drevenšek Trio. The Teofilović brothers, extraordinary Serbian vocalists and connoisseurs of Balkan folk tradition, will present a new programme in trio with Bor Zuljan inviting us on a journey across the Balkans of the 17th century. The festival will be closed in sunny Mexico of the past centuries and we will reach the final destination with the young group Son Garnacha.

Lectures, workshops and other events will also take place alongside the festival, this year for the first time in Villa Vipolže in Brda.