MEMBERS OF THE JURY 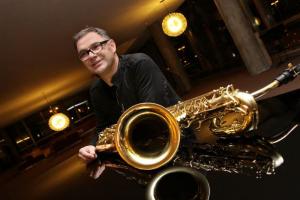 Matjaž Drevenšek (SI) is a resident professor of saxophone and Vice Dean at the Academy of Music in Ljubljana, a soloist, chamber performer, member of the Zagreb Saxophone Quartet, SOS Saxophone Orchestra and of other ensembles with which he performs throughout Europe, Asia, Canada, South America and the USA. As a soloist, he plays with leading symphony orchestras and concert bands at home and abroad (Croatia, France, Hong Kong, USA). He took part, as a jury member, in Slovenian and international competitions for young musicians (Austria, France, Croatia, Italy, Latvia, Germany, Poland, Serbia). He premiered over 50 pieces by domestic and foreign composers, and he has taken part in 19 discography projects. He was formally president of the Saksofonija Music Society, which during the summer of 2006 hosted the 14th World Saxophone Congress. He also served as president of the Jeunesses Musicales Slovenia. Since 2004 he is the artistic director of the International Saxophone Meetings and International Saxophone Competition in Nova Gorica.

PRESIDENT OF THE JURY 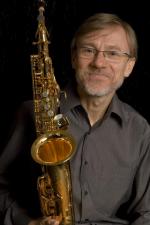 Soloist, researcher and pedagogue, Claude Delangle (FR), one of the greatest contemporary saxophonists, stands out as the master of the French saxophone. Privileged interpreter for classic works, he enriches the repertoire and encourages creation by collaborating with the most renowned composers, including L. Berio, P. Boulez, Toru Takemitsu, A. Piazzolla, and promoting the youngest. Since 1986, he is invited saxophonist in the Ensemble Intercontemporain, he also appears as soloist with the most prestigious orchestras and works with D. Robertson, P. Eötvös, K. Nagano, E.P. Salonen, Miung Wung Chung, G. Bernstein and many other conductors. His recordings for BIS, Deutsche Grammophon, Harmonia Mundi, Erato and Verany bring out French music while revealing new musical horizons from the repertoire created by the brilliant Adolphe Sax to the avant-garde works or the popular repertoire. After obtaining several outstanding Premiers Prix at the Conservatoire National Supérieur de Musique of Paris , Claude Delangle was appointed professor in 1988, where he has created the most prestigious saxophone class in the world.

MEMBERS OF THE JURY 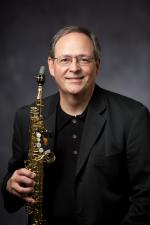 Dr. Steven Mauk (USA) has served as Professor of Saxophone in the School of Music at Ithaca College since 1975. He has presented numerous solo, chamber music, and concerto performances all over the world. As one of the foremost authorities on the soprano saxophone, he is often invited to present lectures, recitals, and articles dealing with this member of the saxophone family. He is a founding member of the chamber groups Empire Saxophone Quartet, Troica, Remeleixo, and Tango de Cámara. Thirty works have been dedicated to him by such composers as Dana Wilson, Graham Fitkin, David Kechley, Meyer Kupferman, Lawrence Weiner, Marc Satterwhite, Gregory Woodward, Peter Rothbart, and David Deason. Mauk has recorded 22 albums, written over 100 articles, and authored four books. He is an artist/clinician for both Selmer and Vandoren. As an active member of the North American Saxophone Alliance, Mauk has held the offices of President and Director of Scholarly Publications. In 2012, he was elected an Honorary Life Member, the highest honor bestowed by this professional organization and received many awards for his excellence in teaching and research. 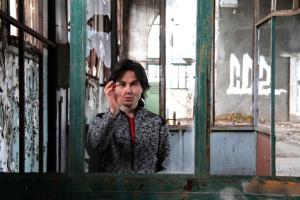 Guillaume Orti (FR), French jazz saxophonist, started playing the saxophone at the age of eleven. Since then he has always been interested in improvisation as well as in any written music. He studied both jazz and classical music at the Regional Conservatory of Avignon and attended to many different instrumental workshops and seminar. Settled in Paris in 1989, he co-founded the band Kartet, then the collectives of musicians Hask and Mercoledi & Co. These three ensembles were to become leading voices in the field of improvised music. Meeting musicians throughout Europe, Africa and India led him to develop long term collaborations with many other bands. For the years 2012 and 2013, he was artictic director of the European Saxophone Ensemble: an ensemble of 12 young saxophonists from twelve different countries of the European Union gathered for an original repertoire created by 5 European composers. 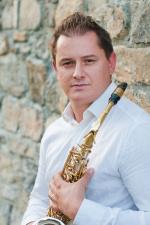 Lev Pupis (SLO), one of the best Slovenian classical saxophone players, studied in Vienna, Paris and Ljubljana, where he works as a teacher at the Conservatory of Music and Ballet. His professors were Oto Vrhovnik, Jean-Yves Fourmeau, Vincent David and Matjaž Drevenšek. As a solo artist, he cooperates with famed chamber and symphonic orchestras. He is the founder of the 4saxess saxophone quartet, which he led on tours across Europe and the US, as well as a member and concertmaster of the SOS international saxophone orchestra. Contemporary Slovenian and foreign authors wrote over 30 music pieces for him and the orchestras he actively cooperates with. Lev Pupis teaches quite frequently at foreign music academies and several summer schools, while also acting as judge at music competitions in Slovenia and abroad. Apart from teaching and performing at concerts, he also organises and manages educational and artistic projects such as the EMONA International Music Festival and Competition, the Bled ACE Festival and the SOS Intergenerational Project. He is an endorser of the DAWW and SEQUOIA brands as well as a member of the International Saxophone Committee. 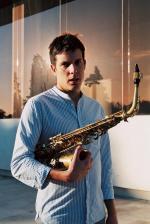 Gordan Tudor (HR), saxophone player and composer. He studied in Split, Zagreb (Dragan Sremec), Amsterdam (Arno Bornkamp) and Paris (Claude Delangle). Gordan is a laureate of numerous national and international competitions for saxophone players and composers and has performed throughout Europe and North America in various chamber ensembles (duo, trio, quartet, solo + electronics) and with many orchestras as a soloist. Gordan is the alto saxophone player of the highly acclaimed Papandopulo Quartet and the soprano saxophone player of the Trio GIG. He is the artistic director of the festival “New Music Days” in Split, working also as an Assistant Professor of Saxophone and Chamber Music at the Split University Art Academy, at the “Josip Hatze” Music School, and at the Music Academy in Novi Sad (Serbia). In 2015, Gordan Tudor published his first album with Croatian music for saxophone, released by CANTUS. He spent the summer of 2011 in residence at the Bang on a Can Summer Festival – Massachusetts Museum of Contemporary Art (North Adams, MA). 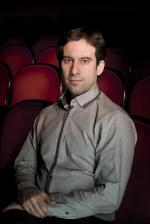 Simon Krečič (SLO), pianist and conductor, studied piano at the Music Academy of Ljubljana, graduating in 2002 from the class of Aci Bertoncelj. In 2005, he completed his master's degree at the University of the Arts in Bern, where he attended Aleksandar Madžar's class. In November 2008, he received an award at the International Conducting Competition in Grosseto, Italy. He has also been a regular guest of the Slovenian Philharmonic Orchestra and the RTV Slovenia Symphony Orchestra since March 2009. Numerous concerts as part of season tickets, ceremonial and exclusive concerts as well as many recordings have been conducted by him. He completed his conducting studies at the Music Academy of Ljubljana in the class of Professor Milivoj Šurbek in September 2012. He works with many prominent Slovenian and foreign solo artists, with whom he made a number of records. Simon Krečič is also gaining more and more international recognition. In March 2011, he was Assistant Conductor in the Werther opera at the Teatro Real in Madrid. He also conducted Verdi's opera Macbeth at the Teatro Verdi in Pisa in February 2015. In December 2013, he became Artistic Director of the SNG Maribor Opera.

SECRETARY OF THE COMPETITION 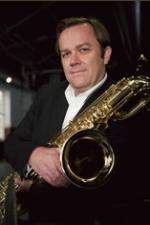 Dejan Prešiček has completed his musical studies at the Academy of Music in Frankfurt. He honed his skills at J.M. Londeix's master class in Bordeaux, where he received the Gold Medal and the Honorary Award of the City of Bordeaux for saxophone and chamber music. He is member of the Ensemble 4Saxes and the Slavko Osterc Trio. He performed both as a soloist and a chamber musician in an array of festivals and venues around the globe. He played as a soloist with the Slovenian Philharmonic Orchestra, the Symphonic Orchestra of the Radio and Television of Slovenia, the Celje String Orchestra, the Slavko Osterc Ensemble and the Soloists of the Belgrade Philharmonic. In 2003, together with M. Drevenšek and M. Lazar he co-founded Saksofonija, a Slovenian saxophone players’ association, and has become its president in 2010. He teaches regularly and acts as a panel judge in Slovenian and international competitions. He has been one of the co-founders and president of the Slavko Osterc Ensemble since 2001. He is director and pedagogue at the Conservatory of Music and Balet of Ljubljana.