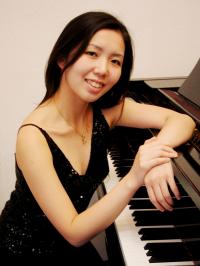 Sae LEE (Japan)
After studying at the University of Music Toho-Gakuen she continued her studies at the Conservatoire National Supérieur de Musique de Paris with Professors Michel BEROFF and Eric LE SAGE. In June 2007 and 2008 she graduated with the highest marks of Piano and Chamber Music. She was the prize winner at the International Competition of “Citta di Padova” and at the International Piano Competition of ″Albert Roussel″. In 2004 she started to play with a saxophone player Miha Rogina as Duo Karypso. Duo Kalypso is a prize winner of International competition for music of ensembles ″FNAPEC″. They have also won the 1st prize at the International chamber music competition of “Carlo Soliva″ . She appeared on radio and TV programs in Japan and also in Europe. She is regularly invited to the music festivals and gives recitals and chamber music concerts in Europe and Japan. 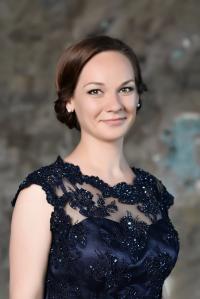 Maria Nemtsova was born in Moscow, Russia. She graduated from Moscow conservatoire (BMus), Royal College of Music in London (PGDip), Accademia Pianistica in Imola, Italy (AD) and Trinity Laban Conservatoire of Music and Dance in London (MMus). She has been a prizewinner of numerous international piano competitions in Russia, Italy, UK, Austria and USA. Maria gave a number of recitals throughout the Russia, Europe, USA and Asia. In March 2010, she gave her solo debut at the Carnegie Hall in New York City and has performed at other major venues around the world. She is a founder of the charitable project “Music – for peace” which includes concerts and master-classes for young musicians who live in today`s conflict zones. She has recorded two solo CDs as well as Duo albums with the saxophonist Vitaly Vatulya and the famous opera singer Dmitry Stepanovich.