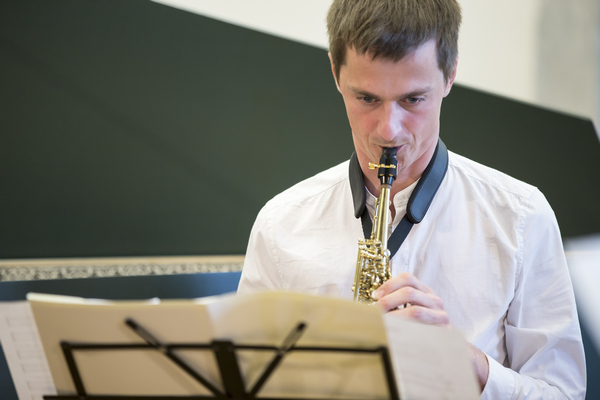 After 15 years (2004-2015) of successfully managing and running SAXGO, Matjaž Drevenšek will not put his name on the 24th International Saxophone Meeting. For many years, Drevenšek managed the festival and the saxophone summer school. He has certainly played his part in making the saxophone recognizable and accepted as an instrument that is at least equivalent to other wind instruments in both classical and jazz music. In all these years, many distinguished and eminent professors, concertists, researchers and performers have lined up under the SAXGO brand. Today, the International Meeting of Saxophonists is recognized around the world and is a symbol of quality, innovation, creativity and interdisciplinarity. With deep respect, exceptional gratitude and responsibility, Jan Gričar and Boštjan Simon took over the baton as artistic directors in 2019. Former participants of the Saxophone Summer School, who have paved their way well both at home and abroad, were invited to talk about SAXGO plans in the near and distant future. Barbara Poša Belingar, project coordinator, spoke with Boštjan Simon, artistic director for classical saxophone. 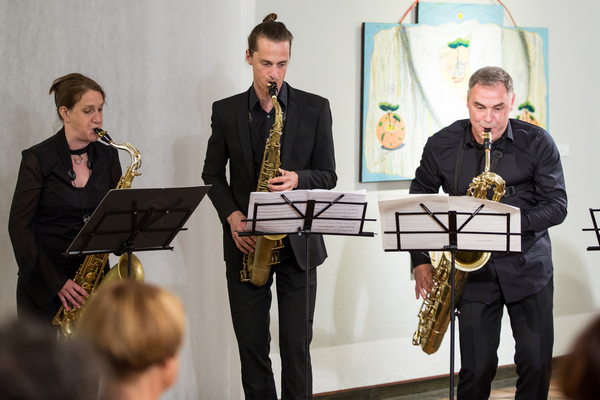 Where does the love for the saxophone come from and what led you to decide to play this not yet 200-year-old instrument?

My decision to play the saxophone happened more or less by chance. I think I saw and heard it live for the first time at one of the music events at the Kulturni dom Nova Gorica. I remember being fascinated by a special combination of sound and the look of the saxophone. However, this is actually not the reason why I fell in love with the instrument. The love for the instrument was only instilled in me by my first saxophone teacher, Stojan Ristovski, who passed away last year. He had a special approach and taught me to respect the instrument. I was introduced to the classical repertoire and became a member of the saxophone quartet of the Nova Gorica Music School. 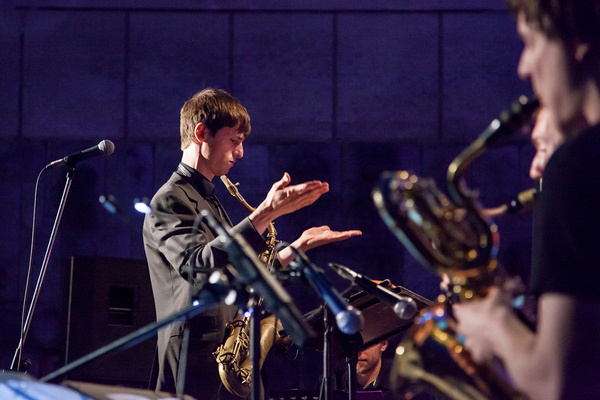 After graduating from the Faculty of Philosophy in Ljubljana and getting your B.A. in Music at the Amsterdam Conservatory, you focused on creating your own music, not to mention numerous collaborations with Slovenian and internationally renowned musicians. You have also played in various big bands and saxophone orchestras. Among other things, between 2002 and 2005, you collaborated with the Big Band Nova as a conductor. At that time, Big Band Nova included musicians like Jani Šepetavec, saxophonist of the younger successful generation, and pianist and composer Anže Vrabec. How do you remember that period, especially from the position of conductor?

I have very fond memories of those years. During my second year of studying philosophy, Miloš Rijavec, the founder and first conductor of the Big Band Nova, offered me to lead this orchestra. The decision to conduct such a heterogeneous ensemble later seemed hasty, but I was lucky because at the time there were many fresh talents in the orchestra who were present in the Goriška region. Besides Jani Šepetavec and Anže Vrabec, there were: Damijan Valentinuzzi, Matija Mlakar, Matic Mikola, David Morgan, Matej Špacapan, Marko Lasič, all excellent musicians and soloists who continued their careers in music. As a conductor, I wanted to make the most of the potential and talents of the musicians, no matter what. However, this was not always possible due to occasional commercial engagements of the ensemble. Sometimes, however, the common energy of the Big Band, which was slowly warming up during many meetings, overcame disagreements and also convinced some critical ear. Among saxophonists in Big Band, I have to mention the great contribution of Silvio Brosche, a long-time member of the Big Band Nova and my saxophone teacher. Lately, a new generation of musicians has been emerging alongside David Mozetič, filling the Big Band saxophone line.

You attended the International Meeting of Saxophonists for the first time as a lower music school student. When exactly was that and how did you feel in the company of young talented saxophonists from all over Slovenia?

I think I attended the very first meeting and almost every next one. I have always perceived this meeting as the original vortex of the saxophone in Slovenia and, I repeat, I was very lucky it happened right in my city. I remember Oto Vrhovnik and his saxophone orchestra, many performers and excellent saxophone teachers. 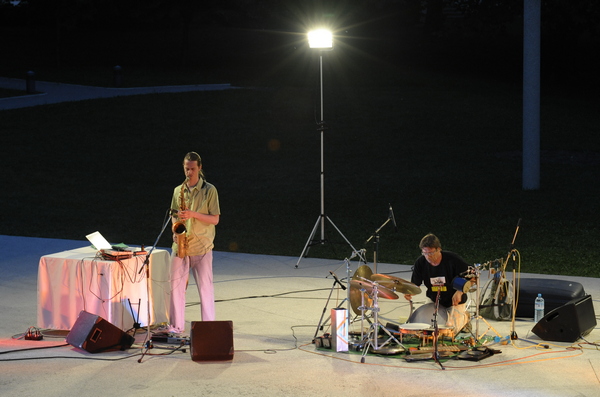 You have played with various internationally renowned musicians and jazz musicians on Slovenian and international stages. Your discography is really impressive. It includes collaborations on more than 25 albums and your own projects with bands like Etceteral, There Be Monsters, Velkro, Litošt, Trus etc. Where do you get all this creativity and inspiration for composing and experimenting in the field of improvisation from?

I study and practice every day, drawing inspiration from different styles of authentic music. I write musical notes and sketches and these give birth to arrangements for a specific ensemble. I don’t yet have the feeling that I’ve found my voice to the point where I can just reproduce what I’m most recognizable by, so I’m still searching, trying, and testing. Each of the ensembles mentioned is a trip to a particular sound, but I believe we can find a common ground on these trips, mainly in the compound rhythms and mixing acoustic and electronic sounds, indicating my broader musical interest. As far as the field of improvisation is concerned – again – we are lucky in Nova Gorica to have the internationally renowned percussionist Zlatko Kaučič, who also creates and teaches at the same location as the Big Band Nova. I had the honour to play with Kaučič in a duet at one of the SAXGO festival editions. His school, the BCMF festival and his Kombo line-up are a top incubator for improvisation in the wider Goriška region. 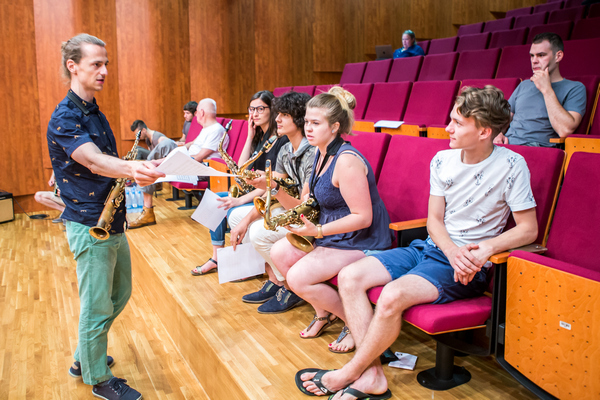 Since 2017, you have been the co-artistic director of the International Meeting of Saxophonists SAXGO in Nova Gorica. At that time still working with Matjaž Drevenšek, and since 2019 with Jan Gričar, with whom you have not actually had the opportunity to prove yourselves, as last year's SAXGO plans were thwarted by the corona crisis. What is the responsibility of this new artistic direction and what are your expectations just before the new edition of the International Meeting of Saxophonists in Nova Gorica?

Matjaž Drevenšek brought SAXGO to an enviable international level with his efforts and I feel very privileged to have co-created the jazz programme of the festival with his unwavering support for two years.  I hope that Jan Gričar and I will also take over at least a part of the energy of Drevenšek, his motivation and top professionalism in designing the festival and organizing competitions. I also sincerely hope that the state of the pandemic will allow us to carry out the festival and educational programme of this year's SAXGO, that the borders will be opened and that we will experience excellent saxophone music, taking into account all safe distancing measures. 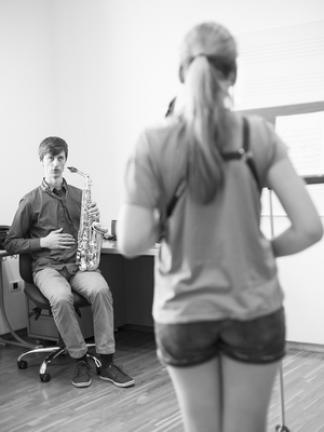 You and Gričar prepared an enviable festival programme for this year's edition. In contrast to the classical part of the festival and pedagogical programme drawing from the Slovenian pool of names, we will be able to watch mixed ensembles with international musicians in the jazz section. The pedagogical part will also be coloured by two foreign saxophone giants: Daniele D'Agaro from Italy, who will conduct the jazz saxophone workshop with you, and the American saxophonist and composer of the younger generation Steve Lehman with a masterclass in composition and improvisation. An ambitious and bold choice of saxophonists with whom you will surely attract many saxophonists and jazz players. What kind of response do you expect and above all do you think this year's Summer School will attract our neighbours to its ranks?

SAXGO has always been designed to exceed local and national borders, so this year I expect a diverse international response to the Summer School, mainly because Lehman's masterclass will also be available to people who will not be physically present in Nova Gorica on 1 July. We will collect their questions and pose them to Steve Lehman in an hour-long conversation. If the pandemic permits, we will listen to guests from Serbia, Italy and the USA at the festival. Moreover, Daniele D'Agaro will prepare the participants for a joint performance at the end of the summer school. I can't wait!

In your rich creative constellation, full of experimentation and new challenges, there must be a new project on the horizon. Can you tell us what are you up to at the moment?

The situation with the corona crisis almost stopped all the concert events, so I have dedicated my time to practicing and expanding the repertoire of my music in several ensembles. At the moment, I am preparing music for an old Swedish silent film Haxan (1922), recording for the ensemble of the bassist Robert Jukič, and writing new music for my band There Be Monsters and Etceteral. I hope that we will all return to the stage soon and that the current situation will not leave any lasting consequences in the concert environment. 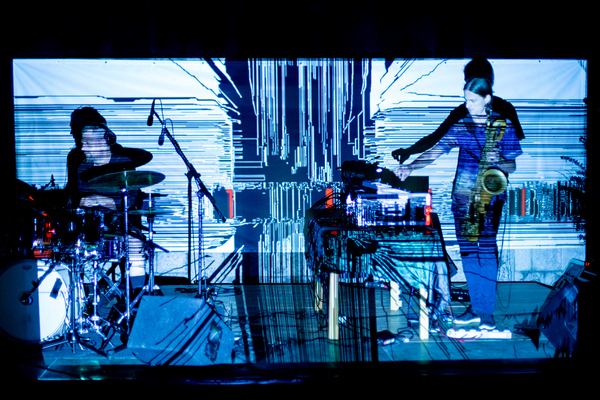