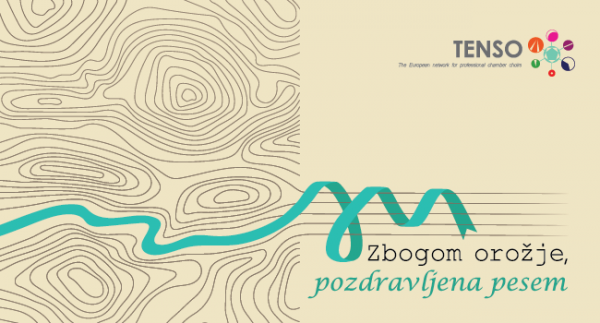 The programme is financed by: Creative Europa, Ministry of Culture of the Republic of Slovenia and Municipality of Nova Gorica

Ambassador of the project:
Bernarda Fink

A poet and a writer, a prophet and a great warrior, devoted to his native land and a world traveller – worlds of dualities united by art. The title of Ernest Hemingway’s novel is both a call for peace and the inspiration behind the name of the festival in Nova Gorica, while the Emerald River, so presciently portrayed in the poem by Simon Gregorčič, provides the motivating force behind the form and the content of the event to commemorate the harsh battles which took place along the Soča River.

In the Great War, young recruits left for the frontline with a song on their lips. Singing offered them consolation on and off the battlefield. The Isonzo Front is famous for its savage offensives where soldiers of more than 20 nationalities fought each other, yet another unique fact hides behinds this history: no other European front witnessed soldiers singing together in such harmony as on bloody fields of the Soča Valley.

The festival is therefore a genuine tribute to all victims of World War I, and an occasion to honour the memory of all who survived the Isonzo Front and suffered its bitter consequences long after the war.

The festival "Zbogom orožje, pozdravljena pesem" (A Farewell to Arms, a Welcome to Song) is part of the 14-18: from Poetry to Music project, an initiative of TENSO, the European network for professional chamber choirs, where acknowledged professionals and nineteen European choirs have created a unique European choral platform offering young singers, conductors and composers the opportunity to showcase their creative and interpretive skills. The TENSO 2017 festival aims to commemorate tragic events while highlighting the importance of poetry and music for the cultural growth of national awareness and shared European values.